Select your country below to customize the shopping experience for your location.

Please note: When changing the country, item prices may change.

What is Bauhaus style? 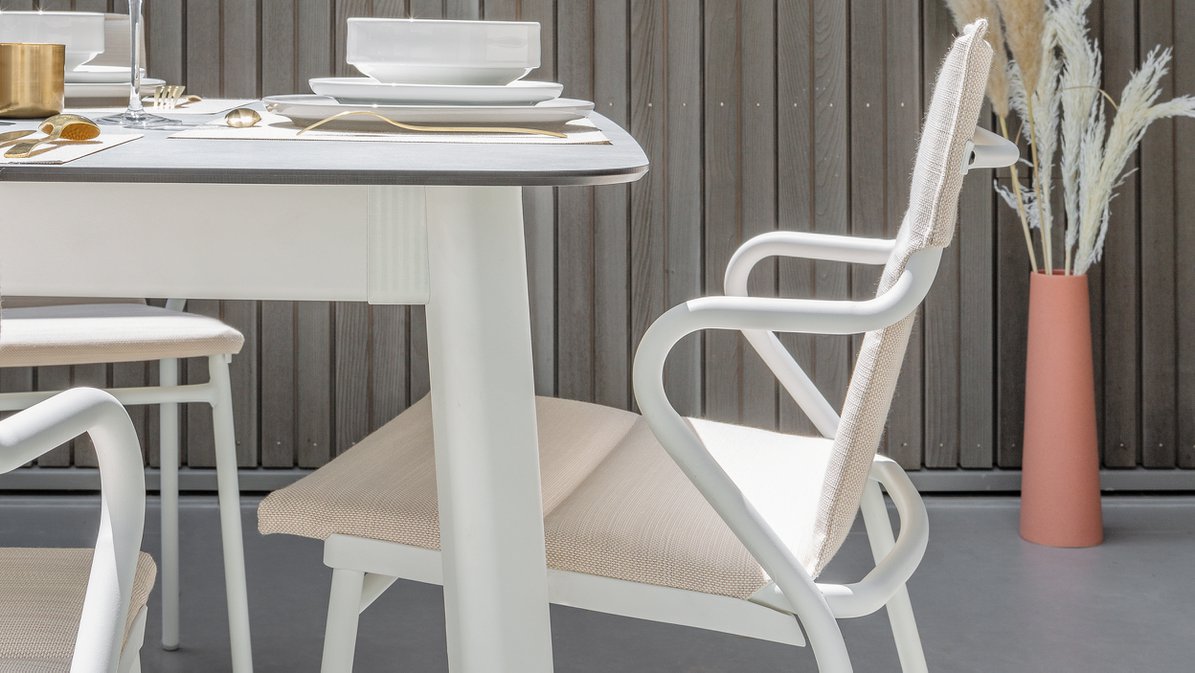 Trends What is Bauhaus style? Where does it come from? Here are our explanations for recognising the characteristics of Bauhaus style

The history of the Bauhaus movement

Bauhaus, from the German Bau, « meaning building or construction », and Haus, « house », is a school of architecture and applied arts, founded after the end of the First World War, in 1919 in Weimar in Germany by the architect, designer and urban planner Walter Gropius. His creation forms part of the difficult epoch of the immediate post-war era, which was also a period of artistic emulation, seeing the beginnings of many innovative movements and new decorating style.

Gropius sought to develop his new ideas in art and architecture. In his Bauhaus manifesto, he designed the the outline of the decorative arts school vocation at the Art Academy in Weimar. « Architects, sculptors, painters ; we should revert to specialist craftsmanship as there is no professional art », he wrote. While thinking of medieval lodges which housed artists of all kinds of specialities, Gropius hoped to breathe life into an artistic ecumenism. he dreamed of organising trades as a community acting together, in order to create a total art work under the aegis of architecture. The wood carving of the cubist painter Lyonel Feininger representing a gothic cathedral at the head of the Bauhaus manifesto really illustrates the state of mind of this visionary director. Each workshop is managed by a « master ». The painters Georg Muche, Paul Klee and Oskar Schlemmer were named « masters ». The school also included open workshops for living arts, such as the theatre and ballet workshops. By extension, Bauhaus therefore designated a vast artistic trend, bringing together design, and also photography, fashion, performing arts.

Gropius made the Bauhaus goals evolve towards a consideration of the use of industrial methods. The goal is to create mass produced objects and functional homes which are accessible to the greatest number of people, a consideration also explored in particular by Le Corbusier, who was invited to the Bauhaus exhibition in the summer of 1923.

The elections of 1924 having brought the extreme right to the leadership of Thuringia, led to the dissolution of Bauhaus in Weimar which was then re-established in Dessau. Two years later the emblematic Bauhaus building was unveiled, listed as a world heritage site by UNESCO since 1996. Hannes Meyer succeeded Gropius and pursued the architecture’s utilitarian ambition, which had to meet the needs of the population. He would later be reproached for this social and democratic approach when the national-socialist party came to power in Germany. In 1932, the Nazis forced the dissolution of Bauhaus and the school closed the same year.

The Bauhaus artistic movement would have a lasting impression on modern architecture beyond Europe. The Bauhaus trend shaped “international style”, mainly simple, functional architecture. The Bauhaus dream that was cut short, of the necessity of having art and craftsmanship coexist in order to produce aesthetic, simple and functional items for everyday use would final succeed in exporting its principles. In Tel-Aviv, in Israel, there were nearly 4000 apartment buildings in the Bauhaus style built between 1937 and 1950. In Argentina and Chile, a large number of public buildings and homes bear witness to this extraordinary influence.

The characteristics of Bauhaus style

With its social aims, Bauhaus is a revolutionary movement which would change thinking. Artists and craftsmen sought simplicity at all costs to allow low-cost mass production, accessible to the greatest number of people.

Works became minimalist and functional. The big names of Bauhaus such as Paul Klee, Piet Mondrian and Vassily Kandinsky took hold of materials from the industrial revolution, such as concrete, steel, glass and plexiglas, and designed simple, pure lines, geometric shapes, combined with primary-coloured chromatic palettes. This aesthetic bias, breaking completely with the rules of classic German style, aroused the criticism of conservatives.

This modern movement became part of all walks of everyday life including pieces of furniture, notable for their functionality. The carpentry workshop of the Bauhaus school actually moved towards the creation of simple products in 1925, that were cheap and easy to produce : They used new materials such as plywood, furniture often became adjustable and multifunctional, such as the table K10 by Erich Brendel or the desk by Marcel Breuer with a continuous, unique curve in steel tubing.

Among these iconic objects we remember the "Wassily" chair and the famous nesting coffee tables by Marcel Breuer. Elegant and innovative, the chair created by Wassily Kandinsky, shows a pure-lined design with a frame made from steel tubing. The first versions had straps of black, white or trellis fabric, later replaced by leather. The Barcelona armchair is another symbol of Bauhaus heritage. This low armchair with a visible frame, and polished chrome-plated steel legs was designed by Ludwig Mies van der Rohe and Lilly Reich. It is still manufactured today.

Bauhaus has always influenced the LAFUMA MOBILIER creative studio designers  , who follow its 3 pillars as guidelines :